This tailor designed tour includes fascinating places related to King Shaka that are off the beaten track and seldom visited by tourists. These sites are at the heart of the history of the Zulu nation and the province of KZNatal.

The itinerary of this personalized tour is planned by mutual discussion and costs no more than my other existing tours. Let me know your special interests and it will be a pleasure to craft a tour especially for you.

Duration:
Option 1: One day tour if you are staying in the area.
Option 2: Two day tour. Add this tour to the Battlefield tour to make a two-day option.

This Zulu Historical Sites tour will take you to many very interesting historical sites of interest:
Kwa Dukuza: the assassination and burial place of King Shaka

The Ultimatum tree, on the banks of the Tugela River. This is where the British issued an ultimatum to the Zulus which led to the beginning of the Anglo-Boer war.
Kwa Mondi near Eshowe, is the site of the Norwegian Mission where the British army were besieged by the Zulus.
Kwa Bulawayo, known as “the place of killing” and the scene of King Shaka’s dramatic rise to power.

Coward’s Bush: It is believed that King Shaka ordered his soldiers that were accused of being cowards to throw themselves onto the thorny Kei Apple bush that still grows there. A lack of courage resulted in their being executed.

Queen Nandi’s grave outside Eshowe. Queen Nandi, the mother of King Shaka, was a powerful force in the life of her son, as well as in the lives of all Zulus.
King Dingaan’s Kraal at uMgungundlovu. King Dingaan assumed power after taking part in the murder of his half brother Shaka.
Kwa Matawine, the hill of execution where the Voortrekker leader Piet Retief and his followers were killed and buried.

Contact me for an experience never to be forgotten! 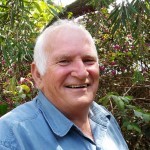